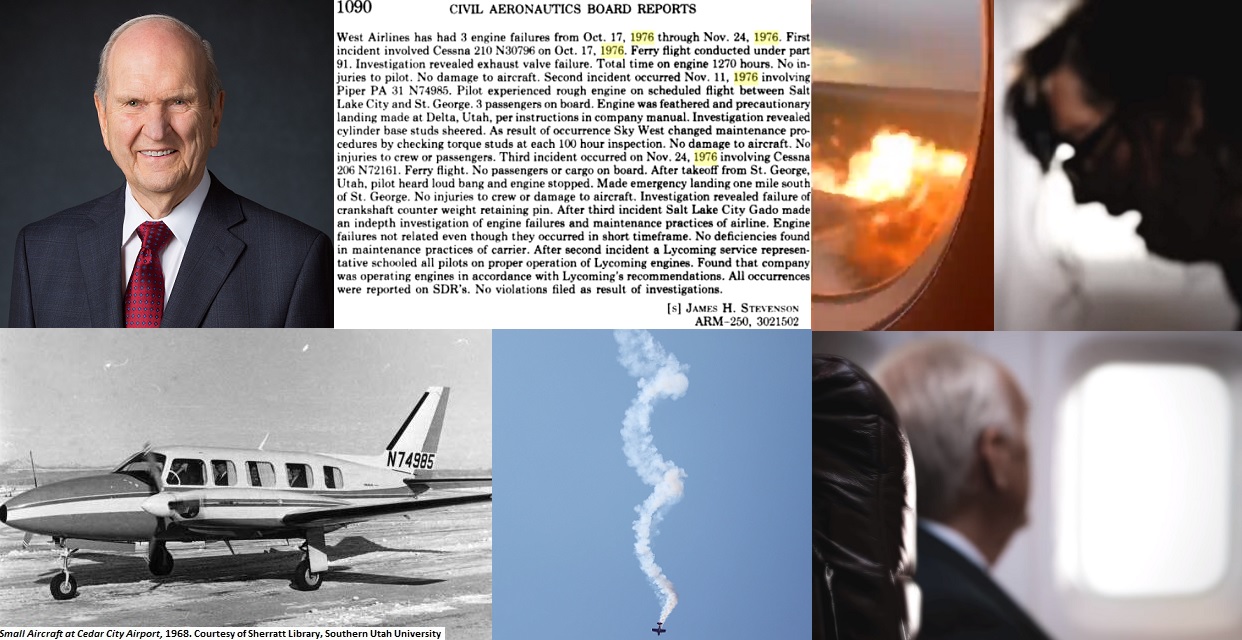 Today We explore a story President Nelson has told for years about a flight he was on in the 1970’s. He reports the plane’s engine exploding, the wing catching fire, a death spiral by the plane, the chaos aboard, and the plane’s landing in a farmer’s field. This story had many questioning the truthfulness of his account but there was never a smoking gun to get to the truth of the matter………. until now. WHERE PRESIDENT NELSON OR OTHERS HAVE TOLD THE STORYhttps://www.churchofjesuschrist.org/study/ensign/1992/05/doors-of-death?lang=enghttps://newsroom.churchofjesuschrist.org/article/president-nelson-argentina-2019https://www.deseret.com/faith/2021/3/28/22355277/president-nelson-invites-all-to-feel-the-peace-and-hope-of-easter-by-focusing-on-the-savior https://www.youtube.com/watch?app=desktop&v=EMwKxmTLaCs&ab_channel=TheChurchofJesusChristofLatter-daySaints Russell M. Nelson, From Heart to Heart: An Autobiography (Salt Lake City: Nelson, 1979) Russell M. Nelson: Father, Surgeon, Apostle – Spencer J Condie: Author https://www.churchofjesuschrist.org/study/friend/1994/06/most-important?lang=eng Russell M. Nelson, The Gateway We Call Death (Salt Lake City: Deseret Book, 1995)https://www.thechurchnews.com/archives/2004-09-18/gospel-principles-vital-to-correct-living-94995 https://www.deseret.com/2006/4/15/19948411/death-is-part-of-life-ex-surgeon-says https://www.thechurchnews.com/leaders-and-ministry/2018-09-03/president-nelson-delivers-historic-message-to-dominican-latter-day-saints-in-spanish-8931 https://www.churchofjesuschrist.org/church/news/president-nelson-shares-5-lessons-life-has-taught-me-with-49000-in-safeco-field?lang=eng https://www.thechurchnews.com/leaders-and-ministry/2018-10-26/president-nelson-finds-church-thriving-in-uruguay-thanks-to-multiple-generations-of-members-missionaries-156122 https://newsroom.churchofjesuschrist.org/article/president-nelson-argentina-2019THE CLAIMS PRESIDENT NELSON HAS MADE THAT WERE RED FLAGS1.) One Engine on a small Two Engine plane Exploded.2.) Said Engine caught fire.3.) In the Explosion flammable material was spread to the plane and the plane itself was on fire.4.) The plane did a “Death Spiral” which extinguished the fire5.) The Pilot “turned on the Other Engine”6.) The plane landed in a “Farmer’s Field”THE FACTS THAT ALLOWED OTHERS TO NARROW WHAT TO LOOK FOR 1.) The Date of the flight was reported as November 12, 1976
2.) He was flying from SLC to St. George to attend the inauguration of W. Rolfe Kerr as the president of Dixie College.
3.) Anytime a plane incurs a malfunction or there is a mechanical flight issue or pilot error the Law requires such to be recorded. The Explosion would necessitate a publicly available recorded log report. The plane on fire would necessitate a publicly available recorded log report. The Death Spiral would necessitate a publicly available recorded log report. The landing in a Farmer’s Field would necessitate a publicly available recorded log report.IF THE STORY OCCURRED THE WAY PRESIDENT NELSON HAS REPORTED, THERE ABSOLUTELY WOULD BE A REPORT THAT IS PUBLICLY AVAILABLE. MOST FABRICATIONS HINGE ON SOME GRAIN OF TRUTH, SO MANY IN THE POST-MORMON COMMUNITY WENT INTO DETECTIVE MODE.THE FLIGHT REPORT FOR THIS FLIGHT WAS FINALLY LOCATED (IT WAS DIFFICULT TO FIND DUE TO THE MUNDANE ISSUES INCURRED THAT SEEMINGLY CONTRADICT NELSON’S STORY ) 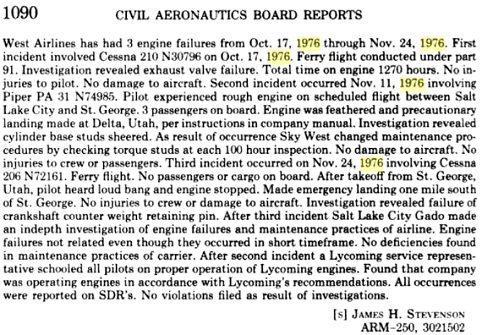 https://www.google.com/books/edition/_/wNa3AAAAIAAJ?hl=en&gbpv=1&pg=PA1090&dq=skywest+incidents+19761.) Engine never exploded and continued to run though rough2.) There was no Engine Fire.3.) The Plane itself was never on fire4.) The Other Engine was never off4.) The plane made a “Precautionary landing at the airport in Delta Utah and not a farmer’s field5.) There are other smaller issues with number of passengers, length of flight, cutting fuel line to both engines, and the date of the flight but we grant some benefit of the doubt for distorted memory. If the Church or its defenders want to claim the conclusion that this flight one day earlier is NOT the flight President Nelson is speaking about, then the burden of proof is on them to provide the evidence. To claim there was another “SKY WEST” flight also going from SLC TO SAINT GEORGE” that had “WORSE ISSUES” “ONE DAY LATER”, then provide the “MANDATORY PUBLICLY AVAILABLE FLIGHT REPORT” of said flight. Without such, said conclusion by the defenders would require more conjecture and allowances. 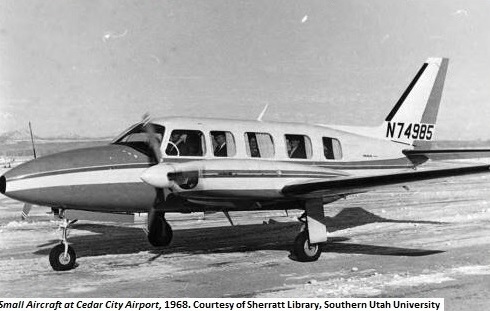 The Plane believed to be the One Nelson rode that day